Death of a Patriarch 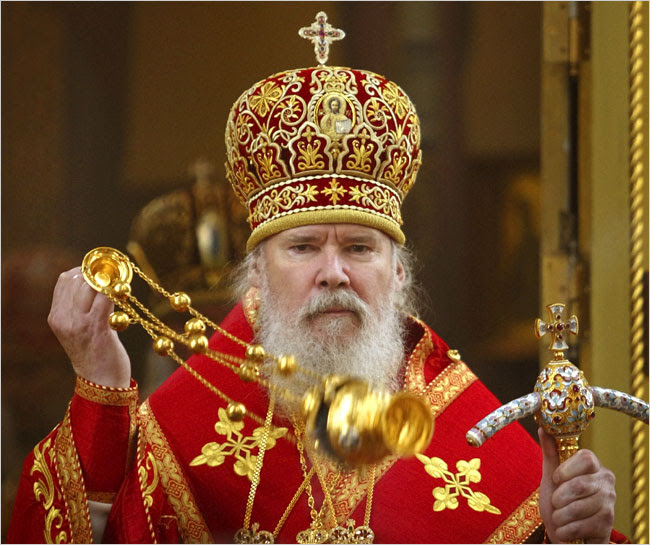 Patriarch Aleksy, Russia's equivalent to the pope, died today. I actually got to see him preside over Saturday service during Easter week last year at Christ the Savior. Aleksei has been a pivotal figure in the revival of the church here in Russia which has gone from persecuted relic to a now cozy relationship with the current government. In rural areas, the sense of belief is strong while I still believe city dwellers relate to the church as a fashionable part of being Russian.
International / Europe
Russian Orthodox Patriarch Dies at 79
By CLIFFORD J. LEVY
Published: December 6, 2008
Aleksy II led a revival of the church after Communism and built ties to the Kremlin under Vladimir V. Putin.
Posted by Carolyn and Tristan at 3:11 PM